There are times when the weather here in the UAE comes together in a big way! Not often but when it does it’s amazing. In this case it was on a recent shoot we did close to the Dubai mountains. … Continue reading →

I feel so honored to have one of my submissions “Animal Instincts” published once again in the amazing KURV Magazine (Australia) for their December issue! What I love about their magazine is their attention to detail in every aspect, photography, … Continue reading → 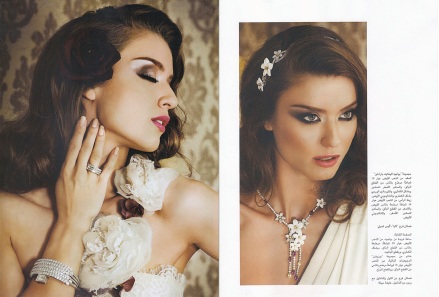 I had the wonderful opportunity to work with a great team for the Zahrat Al Khaleej’s (Arouss) bridal edition with their amazing sponsor PIAGET.  This consisted of the cover and a 5 page spread. I pitched my idea to “The Final Fitting’ to the gracious Souha Abbas and she was very enthusiastic and happy with the concept. The concept I wanted to convey was a bride having her last fitting in an old “vintage  styled studio somewhere in Italy or Paris hence the vintage feel for the shoot. The classic design of the Piaget brand would tie in very well with the look! Souha sent it to Piaget and they were very happy with the concept.

A meeting was set up with the amazing Olivier Dolz, a French event and wedding planner who graciously let his team build us 5 amazing sets in HotCold Studios. We brainstormed how we the set should look like and as Olivier has so much experience in this field it was great to get his opinion. We decided that we would build the shell set the day before then we could change from look to look when needed. Diana, Olivier’s assistant was such a great help helping to put together the set and design, getting all the props together etc! They did an amazing job! We basically did 5 mockups the day before the shoot for the various looks we wanted to do, took snaps so that it would streamline the shoot on the day!

The jewelry pieces were truly beautiful. So true is the saying, Diamonds are girl’s best friend! We have had between DHS 20 – 30 million  worth of them in the studio! I even got to try on a DHS 6 million bracelet.

Our wonderful stylist for the shoot was the talented Natalie Trevis. I have worked with Natalie on a number of shoots and she is the consummate professional. She brought the most beautiful bridal gowns, so many that we were spoilt for choice. It gave us the freedom to experiment with different looks.

I also had a meeting with the makeup artist Rolla Farahat and good friend Toni Malt (hair) to discuss the look and feel of the shoot and what we wanted to do. It was my first time working with Rolla and she was a real pleasure and professional! Both the hair and makeup turned out beautiful and complimented the look perfectly!

Our gorgeous model for the Piaget shoot was Rene from Bareface. I have worked with Rene before on the “BOHO CHIC” shoot and she is a joy to work with. She brings an amazing energy to the shoot and has an ability to emote with the camera making my job so much easier! 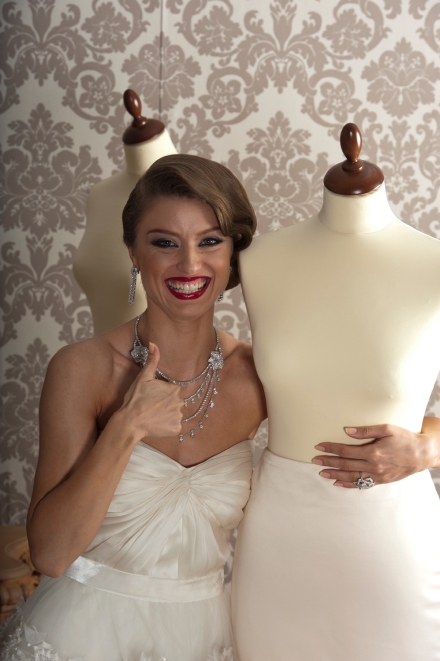 Overall we were able to get in 9 different looks which was an enormous feat. I want to thank Souha for allowing me to prepare this concept for her and the Piaget team. Also to the team who worked so hard on the shoot! It was a great experience and a great time together!

Additional Photos from the shoot 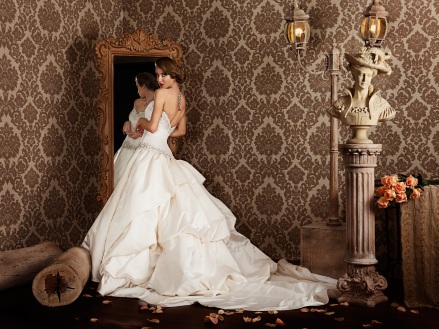 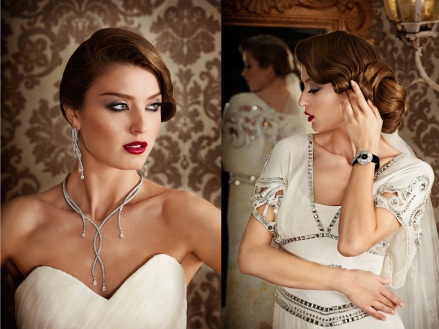 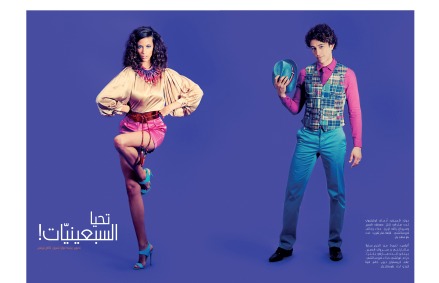 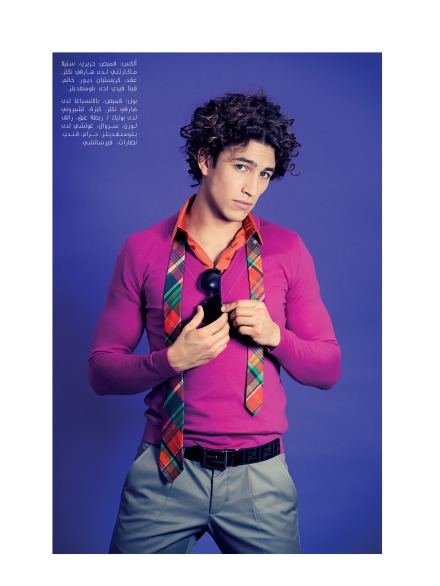 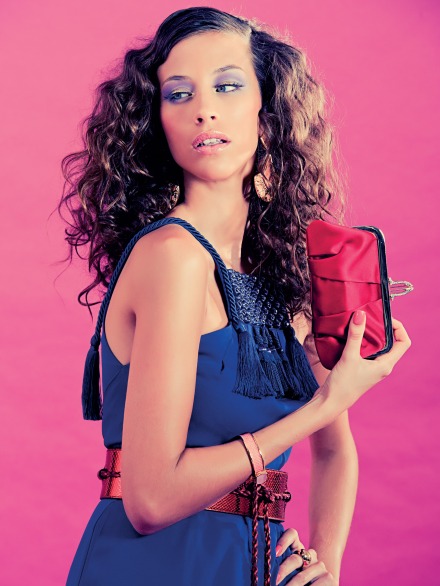 I had the wonderful privilege of working again with Souha Abbas, Manager, Special Editions (Publishing) – Abu Dhabi Media. She is a wonderful client who has allowed me to experiment on my shoots and supported me in my photography.  The summer look for 2011 definitely has a strong 70’s playfulness feel to it. So I decided to take this element further and incorporated the look and feel further into the hair & makeup as well as styling. 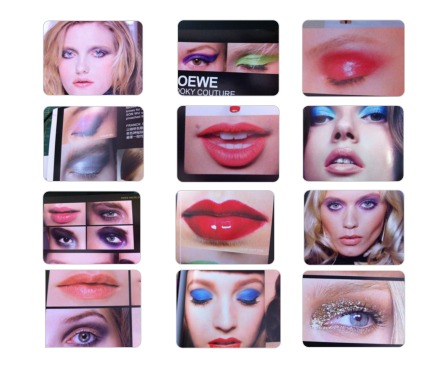 We had originally wanted to shoot outdoor and in the end decided to shoot in a studio. Hot Cold Rental was a natural choice as these guys have a great support network and always open with advice. I also had my first experience working with HMI lighting and I must say I’m hooked.  After discussing with the guys my lighting setup they advised me on the HMI lights. They truly give a beautiful daylight which you can add fill as you see fit.

Our team consisted of the wonderful Toni Malt (Hair/Makeup), Cindy Coleman, (assistant (Hair)), Natalie Trevis, models Alex Pianka and Paul Frangie from Bareface. It was first time working with the lovely Alex P and she was a real star and professional. A real French Beauty. I have had the privilege of working with Paul on my Kurv Editorial and was delighted that we could worked together again. We had amazing clothing and accessories and was able to really pull out the stops in terms of colors and textures. 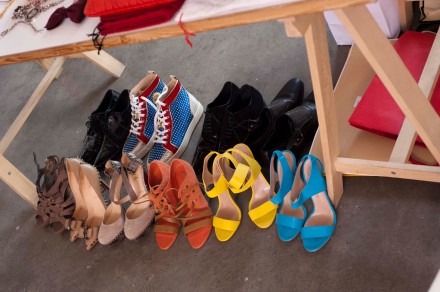 Accessories for the shoot

We managed to get 17 shots from the shoot which was a lot considering 4 background changes and was extremely happy with the final result and the team.  I want to thank everyone who made it all possible. Great work guys!

Here are some behind the scenes shots from the shoot 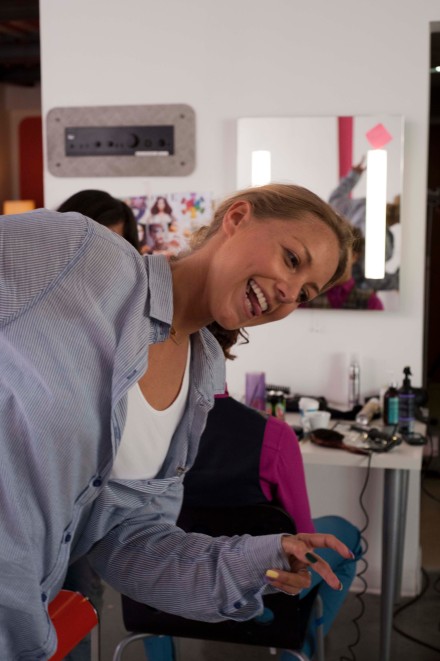 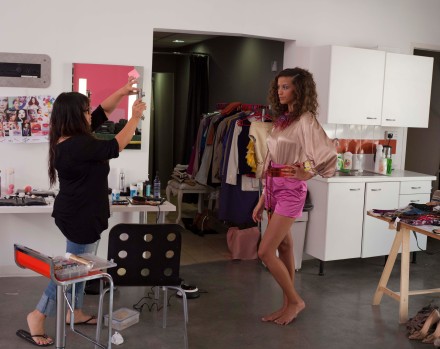 BEHIND THE SCENES 70’S FLASHBACK!

BEHIND THE SCENES 70’S FLASHBACK!

I’ve been wanting to do a shoot with a male & female model based on the novel, Wuthering Heights by Emily Bronte, but with a modern and contemporary twist. Loved the book & movies but the best was Kate Bush haunting rendition of Wuthering Heights that topped the mood of the story! Our shoot’s location was the perfect backdrop for the story, an old rundown fishing village in Ras AL Khamaih, UAE, full of textures, warms shades against a beautiful blue sky!

Toni, modeling for us! 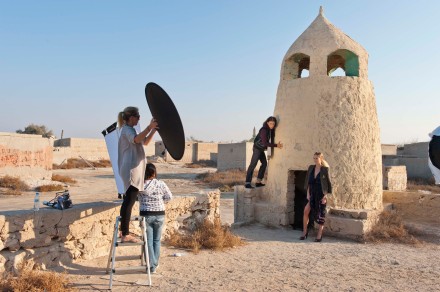 The team working to get the shot!

Set up some mood boards regarding look & feel and had a brainstorming session with my good friend and fellow creative Toni Malt on what we envisaged their hair & makeup should be. We agreed that we wanted a semi androgygnous look to tie in the “sibling romance” but still keep the look current & modern. 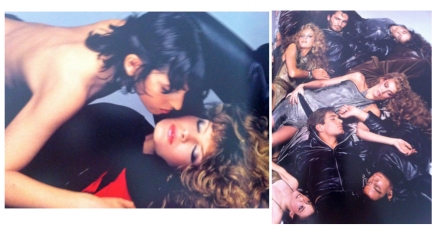 I had a specific look in mind as the models had to be similar in a way!  Paul, our wonderful male model graciously offered to model for us for the day! He is a real find here in Dubai, with his exotic looks which is quite rare here, he been half Lebanese, half Dutch!  He is an up and coming model who has been picked up by quite a number of editorials but also a lovely person and great professional. Stefanie, our female model is one of my favourite models that I have worked with to date! Having worked with her before on previous occasions, she is the consummate professional and a sweetheart! Once again the lovely Natalie Trevis was responsible for the styling of the shoot with clothing ranging from Marc Jacobs, Diane van Furstenberg, Iconic, John Varvatos, River Island and Savage. 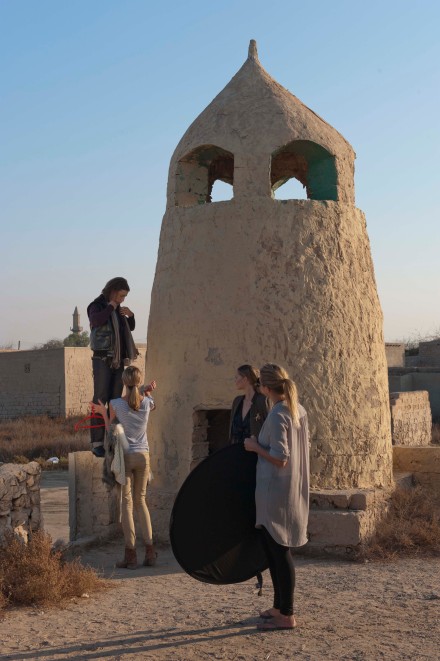 I used a mixture a daylight and strobes to fill in the shadows in some shots. Some just the silver Sunbounce, others the beauty dish with a 1/3 stop diffuser as the light was quite harsh during midday! I also used a polarizer filter to give the lovely blue sky a bit of extra pop. On our sunset shot I use the Profoto 7b pack with a Wescott softbox on a direction angle. Love the Profoto lights, they really do give an even spread of light!

I usually do my own retouching on my shoots but wanted to branch out and test the waters so to speak! After looking at a couple of retouchers’ work I decided to use the services of STUDIO AW based in San Paulo, Brazil. Their clients have included  L’Offciel Brazil, Santa Lola, Vogue Brazil,  and Elle Brazil to name a few. I really like their finishing, subtle and not overdone which is sometimes a big problem in this industry! The owner Alex is a lovely creative who sat patiently for hours with me as I went through the retouching process with him.

The highlight of this shoot was it was picked up by KURV Magazine Australia. We were all super excited at this great news.  Cant wait to get our hands on one of the issues as it’s not available in these shores! Thanks to Nicholas from Kurv for allowing us to be part of this great issue! 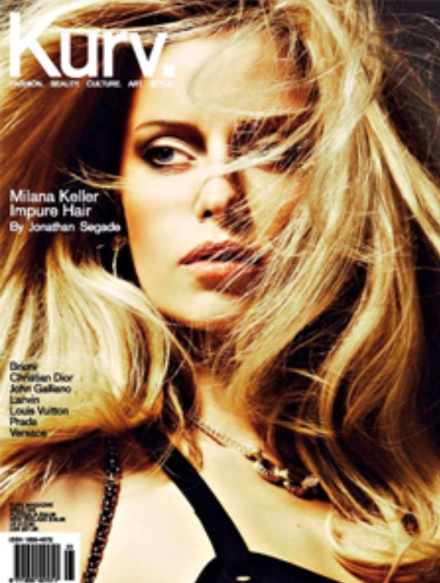 Thanks to an amazing bunch of creatives who made this wonderful shoot possible! Here are some extra shots from the shoot! 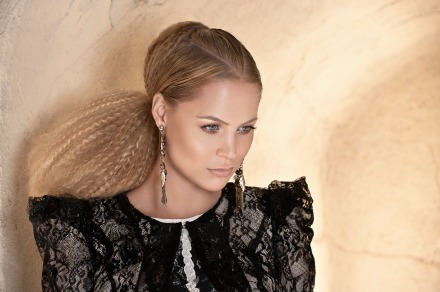